Ideable, nominated in Europe and worldwide for Kwido in various awards for Silver Economy initiatives .

Ideable, nominated in Europe and worldwide for Kwido in various awards for Silver Economy initiatives .

We are very proud that Ideable’s Kwido has been nominated for two of the most important international
awards for Silver Economy initiatives.

Kwido is a candidate to win one of the European Union-funded Silver Economy Awards, which promote and reward innovative and creative ideas that are beneficial to people aged 50 and over in Europe.

Ideable’s Kwido is also nominated in the SilverEco and Ageing Well International Awards, this being a worldwide competition that will be held in France this year.

Kwido has been selected from all the innovative solutions presented as one of the best European applications in the private organizations category.

The winners will be announced at a ceremony to be held on 3 May in Brussels organised by the European Committee of the Regions.

The ceremony in Brussels where Kwido will be present will be a unique opportunity to exchange ideas with European Silver Economy leaders. 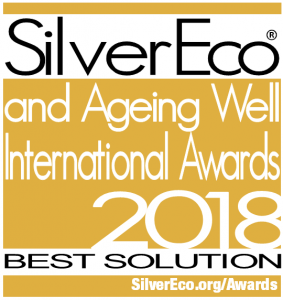 In addition to the participation of an international jury, you can also support Ideable and Kwido candidacy
with online votes here.

We are very excited to have been chosen as one of the best European applications, out of thousands of others, by members of the Alliance on Demographic Change, which European public authorities committed to the Silver Economy form a part of.

These nominations are further recognition of our work, this time internationally, as to be one of the nominees we have had to satisfy the jury’s selection criteria, which were based on different features in which we beat other products and services presented:

• Innovation – rewarding our efforts to create an innovative product.
• Benefits – this recognizes Kwido’s positive impact and benefits in promoting environments that support active and healthy ageing, improving the independent living and well-being of the elderly, and creating a society for all ages.
• Economy – the jury took into account the economic value that Kwido creates in terms of the financial aspects and resources that we have had to prove.
• Maturity – the members of the jury reward the level of maturity that Kwido has achieved, both in terms of technology and in the target market.
• Business model – to nominate us they have taken into account the economic sustainability that we have achieved with the Kwido business model, and the profitability we have achieved thanks to market income.
• Replicability y scalability – these assess Kwido’s ability to be replicated beyond the original application and how, thanks to the benefits of that scalability in terms of processes, cost, etc., Kwido can be adapted to other cultural or geographic contexts. Kwido is a product that is already available
in Spanish, English, French, Italian and soon in Portuguese. We currently have a geographical presence in Spain, the UK and Switzerland.

That’s why we are a bit restless, as Kwido has some very important dates coming up. 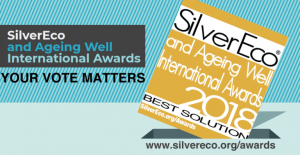